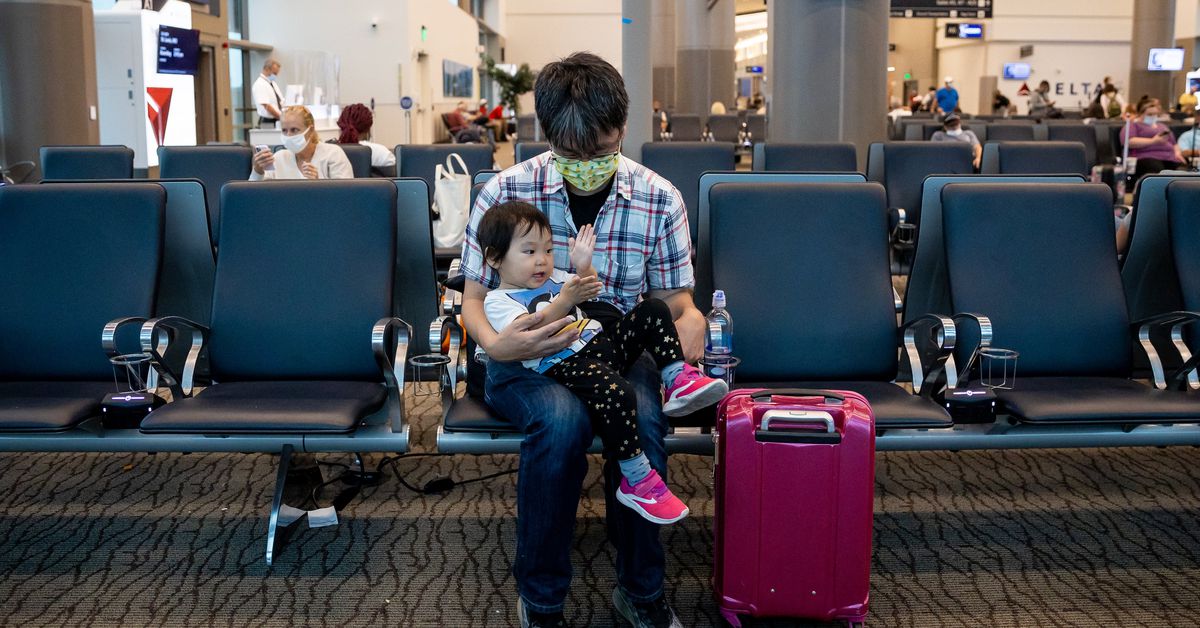 Some, like Morocco, shut out everyone, including their own citizens. Others, like Australia, enacted strict entry restrictions. Virtually every country had some way to control the movement of people in and out of its borders.

And overnight, the landscape of international travel changed. In most places, traveling abroad went from being an assumed freedom to being an earned privilege. Show any and every document you wanted, but your movement may still be constrained.

Now, the way we move around the world may never be the same.

The whiplash of pandemic travel has raised questions about the fundamental nature of people moving around the world: What should international travel be like? How should we control travel? How should we allow freedom of movement? Do we have the right to travel? Or do we have the privilege to travel?

These questions — and possible answers — are tucked inside the pages of a small booklet we tend not to think enough about: our passports.

“Passports,” said Tom Topol, an expert on passport history, “give us a view into several aspects of humankind.”

The controversial past of passports

But we may not always like what we learn.

The earliest record of a passport-like document comes from the Bible where King Artaxerxes gave Nehemiah a letter to ensure his safe passage to the Kingdom of Judah, the Smithsonian Magazine reported. Letters of safe passage — essentially, early visas — continued to be used around the world for centuries. Typically, these letters allowed people to safely leave a country, explained Topol. Many of these early passports had nothing to identify their intended carrier.

Who was allowed safe passage with an early passport? Well, whoever happened to possess the passport. You carried the letter, you traveled safely — because early passports were not considered a form of identification, reported Conde Nast Traveler.

Modern passports — as we know them today — originated quite recently.

The League of Nations held two passport conferences in 1920, explained Topol, author of the book “Let Pass Or Die.” These conferences laid the groundwork for passports to become a standardized global document in the mid-1900s. In the U.S., passports became a requirement under a WWI emergency measure, reported the Smithsonian Magazine.

And that requirement simply never went away.

Americans were not happy. The new passports were seen as a “symbol of eroding trust between citizens and their government,” writes Craig Robertson, an associate professor of media and communication studies at Northeastern University, in the Smithsonian Magazine.

“The passport was strange when it first arrived,” Robertson told the Deseret News.

The purpose of passports

More than a century later, passports may still be strange.

“There does not appear to be general agreement on the actual function of the passport,” writes Darren O’Byrne in his paper on passports and border controls in the journal Annals of Tourism Research.

Today’s passports typically give a legal answer to the often philosophical question of “who are you?” reported National Geographic. This legal answer includes your full name, gender, nationality, birthdate, picture and other biometric data, like fingerprints, Topol explained.

“The document is shaping how we come to think about what it means to be a citizen and who we are as a person,” Robertson said.

But passports do more than just identify travelers and shape our ideas of identity. “Travel documents serve as a control mechanism of movement,” Topol said.

“No passport, no movement.”

The controversial provision of (and provisions in) passports

“Hence to own a passport is a right,” Topol said.

But the U.S. government — like most other governments — can deny a passport application. According to the U.S. government’s website, there are seven different reasons applicants may be denied a passport. These reasons include rejection for owing child support, for having overdue taxes or for receiving certain court orders, among others.

“If you live in a country where you don’t like the laws, regulations or environment. … If you want to emigrate, you need a passport first. If a country doesn’t give you a passport, for whatever reason, then your freedom of movement is at least limited,” Topol said.

But your freedom of movement may still be limited even if you have a passport.

Because not all passports are equal, reported Global Voices.

The strength of a passport varies by the issuing country. A passport’s strength depends on the ease of travel it allows. With a passport from New Zealand, a person can easily travel to 137 countries, according to the 2021 Global Passport Power Rank. New Zealand has the strongest passport in the world.

With a U.S. passport, a person can easily travel to 134 countries. Eight countries have stronger passports than the U.S, according to the rankings.

A little blue book from the U.S. still far exceeds most other countries. After all, with a passport from Afghanistan, a person could only visit 30 countries without undergoing an extensive visa application process.

“Many privileged people don’t even think about passports, but other populations cannot access their passports,” Robertson said.

And that brings up another essential element of passports: visas. A visa is a travel authorization given by a foreign government that allows an individual to enter for a particular reason and a particular time period.

For those who hold a weaker passport, visas are a complicated but unavoidable extension of their passport. And with visas come visa inequality, another controversial component about passports and their lack of travel provisions for people from many nationalities, according to Global Voices.

The same questions around passports extend to visas and the same controversy around visas extends to passports. The two documents are intricately connected.

And in just one century, these slips of paper have become vitally important to international travel and the movement of people worldwide — much more so than intended, reported the Smithsonian Magazine.

The controversial possibilities of passports

In the 101 years since the formulation of modern passports, these documents have changed a lot. Still, passports remain just as controversial for how they control movement and for how they define identity. So where will passports go in the next 100 years?

Predicting the next century remains quite unrealistic, but experts have some ideas about where passports are headed in the next few decades.

“In 10 to 20 years, travel documents will become more and more biometric,” Topol predicted. “Surveillance is becoming an increasing controversy in our society and wherever you go you will leave traces of your movement. … Authorities know exactly where you have been, where you come from, and where you are going.”

Beyond the technological aspect, the identification information included in a passport may also change. “To me, that’s an important part of what’s happened with the passport throughout history,” said Robertson, the associate professor of media and communication studies, via Conde Nast.

In the much closer future, passports may also be evidence of the dominant social consensus around public health, such as with vaccine passports.

And during a global pandemic with shifting regulations, having a strong passport, appropriate visa and all necessary documentation still may not guarantee you entrance into a country — or entrance back into yours — if COVID-19 regulations change suddenly. Travelers have been stuck at airports for weeks or months for exactly this reason.