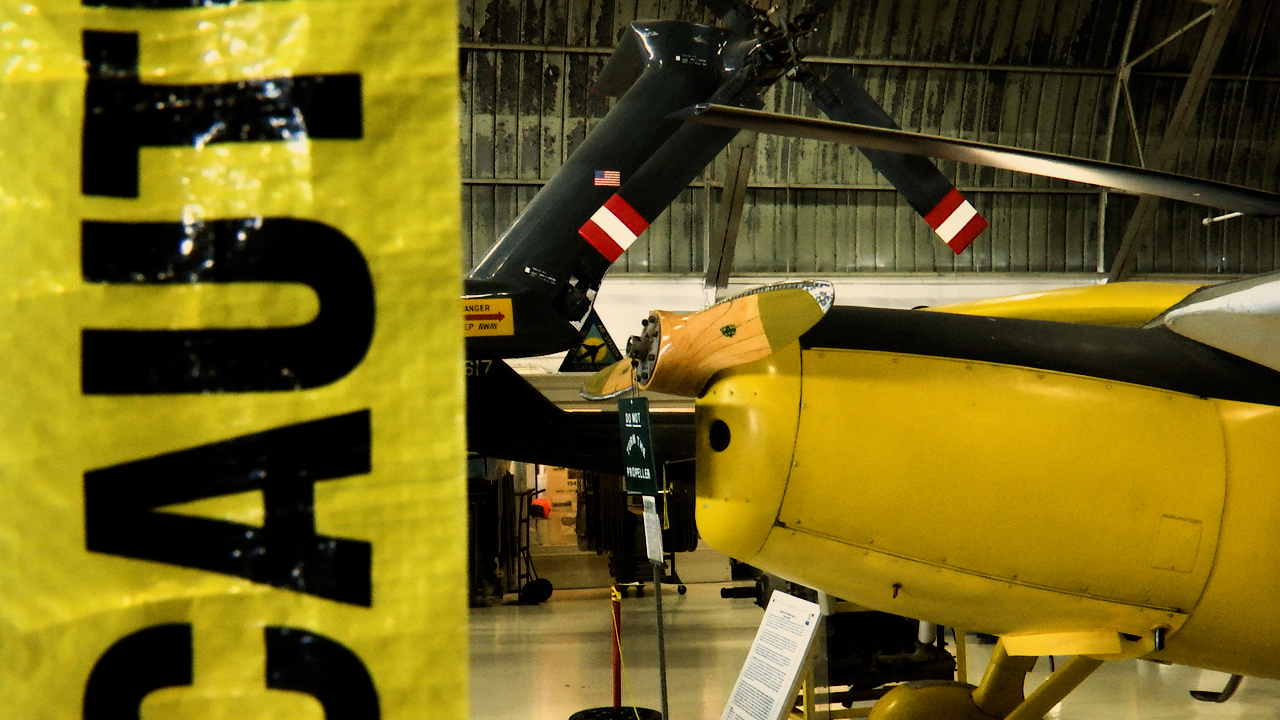 TOPEKA (KSNT) — If you’ve ever wondered what it’s like to be up in the air, flying high in your own plane, Now you don’t have to.

The Combat Air Museum in Topeka lets visitors get up close and personal with the real thing.

“Everything in this museum has a story and, when you give a tour, you can make it long or short,” said Gene Howerter, an avid volunteer and Chairman of the Board of Directors at the Combat Air Museum.

According to Howerter, the museum attracts aircraft enthusiasts, like himself, and people that are just building up on their knowledge.

The museum is located at the Topeka Regional Airport on Forbes Field, near one of the longest runways in the state of Kansas. While visitors walk through the aircraft hangars, the sound of Kansas Air National Guard tanker aircraft and army troop transports often fill the skies.

Howerter said one of the popular museum activities that guests like to try, also known as the “crown jewel” of the museum, is their flight simulator. Visitors can choose an aircraft and feel what it’s like to fly over breathtaking views of the state’s capital city.

Former Air Force Pilot, and volunteer, John Plumb, mans the flight simulator and said helping others test out their flying skills is one of the most rewarding experiences he’s had.

With 45 aircraft dating back decades, and one of the largest collections of WWI replica aircraft in the Mid-West, the Combat Air Museum boasts a wide range of history, which Howerter said is just one of the things that bring visitors back for more.

“One of the big reasons that we get people out here is because of their love for airplanes or they just like the air museum,” he said.

The Combat Air Museum’s “Young Aviators” classes and Girls In Aviation Day offer students and Girl Scouts the chance to take a guided tour and learn more about aviation history.

“The whole point is to get them out to visit the airport, get in an airplane, see women that are flying and women in other aviation jobs, and see that there’s a place for them,” said Kevin Drewelow, the Museum Director.

Drewelow spoke about one of the museum’s prized displays, detailing the history of women pilots, dating all the way back to World War II. He said at that time, there was an incredible manpower shortage, which empowered a group of women civilian pilots to take flight.

“Women who were interested were quickly recruited, and some of them had pilot licenses and of those, wanted to fly,” he said. “They might start the day flying a trainer and end up flying a four-engine bomber. They had to be able to fly anything.”

The group of women took to the sky, forming an organization of Women Air Service Pilots, also known as WASP. Their purpose was to free male pilots for combat roles during the war.

“The WASP program showed that women could fly airplanes, and, if need be, do anything a man could do in an airplane,” Drewelow said. “They’re just ahead of their time.”

WASP is one of the groups that inspired a generation of women pilots and programs hosted by the Combat Air Museum, like Girls in Aviation Day.

According to Drewelow, Girls in Aviation Day is set to start on Oct. 9 this year. He’s hoping young women can walk away keeping one important message in mind: “Aviation is for everyone.”

To learn more about the Combat Air Museum, click here.

Destination Kansas: Spread your wings and ‘fly’ at this popular tourist spot