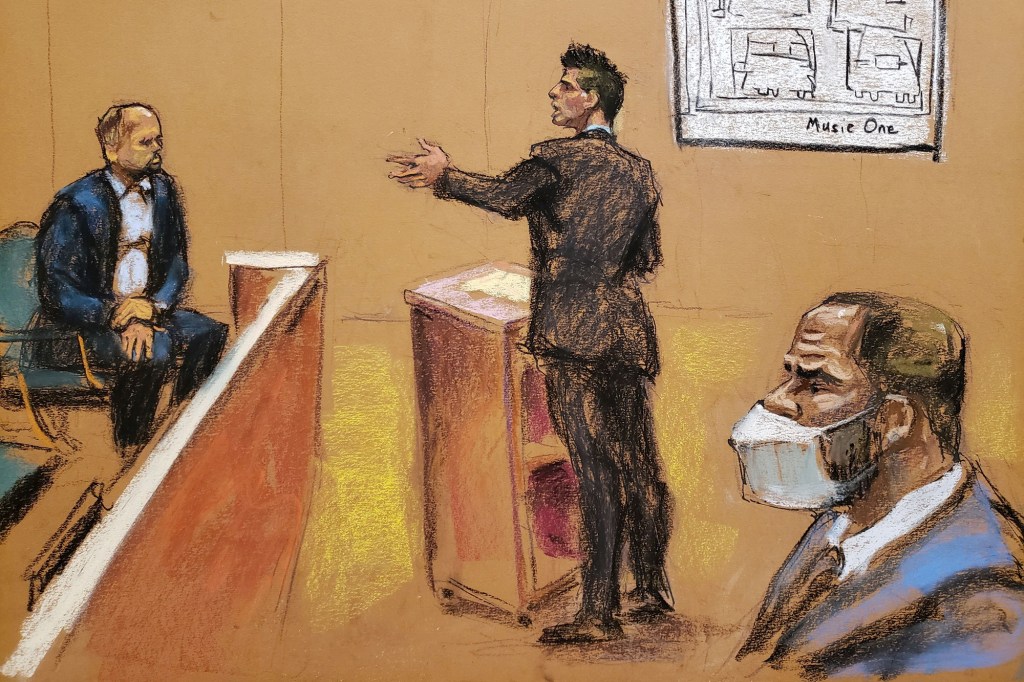 R. Kelly was so enraged that his manager hired a male tour guide for him and his “girlfriends” at Disney World that he docked the man a week’s pay, according to testimony Thursday.

Former studio manager Tom Arnold took the stand at the fallen R&B crooner’s sex trafficking trial in Brooklyn federal court, telling jurors that he finally got fed up with the singer’s bizarre rules and quit in 2011.

Arnold said Kelly demanded that tour guides on outings “always had to be a female tour guide.”

“I took the first person I could get,” he said of the 2011 Disney World outing. “It was a gentleman … Nobody was available.”

He said the offending hiring decision cost him $1,500 in pay.

Kelly, who federal prosecutors said kept a harem of underage girls under strict and often brutal rules of conduct for years, allegedly beat and humiliated the young women for even minor transgressions.

At one point, Arnold said, staffers were punished for one such misstep.

“We were all fined because someone ate his donuts,” he testified.

He said Kelly’s rules included a requirement that he flip up the rear-view mirror when he picked up a girl for the singer so he could not make eye contact with them.

Arnold said he began working for Kelly in 1998 at his Chicago studios.

In other testimony later Thursday, a woman testified that she had a six-month sexual relationship with Kelly in 1999 when she was  17.

The woman, identified as Stephanie, said she first met the singer while on a date at a McDonald’s and began the relationship one year later.

At dinner at a Chicago restaurant, Stephanie said Kelly likened himself to rock and roll pioneer Jerry Lee Lewis, who famously torpedoed his own career when he married his 13-year-old cousin in 1957.

“He mentioned that he likes young girls and people make such a big deal out of it,” Stephanie, who is now 39, testified.

“‘Even look at Jerry Lee Lewis,’” Kelly allegedly told her. “‘He’s a genius and I’m a genius. We should do whatever we want.’”

She said Kelly also once gave her $300 to go shopping for a dress similar to the one actress Sharon Stone wore in the famously sultry scene of the 1992 hit film “Basic Instinct.”

In earlier testimony, another Kelly accuser, identified in court as Jane Doe 5, said she had a years-long sexual relationship with the singer starting when she was 17.

She said she contracted herpes from him and was forced to undergo an abortion.

Kelly, 54, is charged with nine counts of racketeering and violations of the federal Mann Act, a 1910 law that makes it a crime to transport “any woman or girl” across state lines for any “immoral purpose.”

He has denied the allegations.