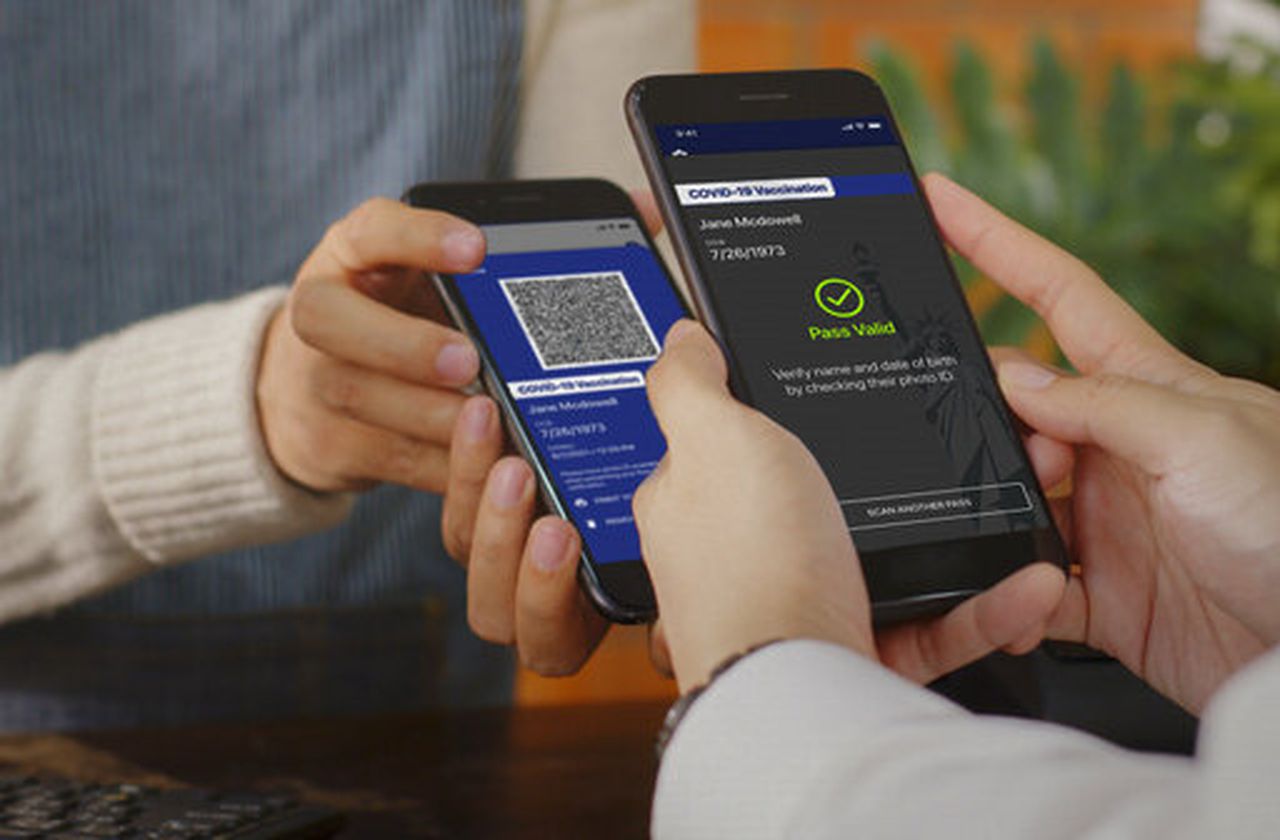 Oregon is considering a digital “vaccine passport” that enables people to demonstrate electronically they have been inoculated against COVID-19, according to records the state provided to The Oregonian/OregonLive.

The public records indicate the state hasn’t committed to implementing a verification system, though, and hasn’t chosen a vendor to build it. It’s not clear just how the new system would work, how much it would cost or when Oregon might deploy it.

“At this point we are reviewing this option and learning more about this technology,” the Oregon Health Authority said in a written statement. “We don’t have a timeframe to offer at this time but we will make an announcement as soon as there is a decision on the matter.”

“OHA is still in discussions with potential vendors about such apps, and our office is in conversations with stakeholders for feedback,” the governor’s office said in a statement.

At least seven states, most prominently New York, have adopted some form of digital vaccine passport, though in some cases the technology amounts to little more than an electronic image of a paper vaccine cards. Nineteen other states have passed laws specifically prohibiting vaccine passports.

No state has yet implemented mandatory vaccine checks to enter businesses or venues, instead offering digital passports as a way for businesses and other employers to verify vaccination status among employees and customers to enforce their own policies.

But the apps have opened the door for such policies on a local level, with smartphone apps sharing authenticated vaccine information with venues or employers.

Hawaii requires travelers to electronically demonstrate they have been vaccinated.

The New York Times reports Excelsior could cost the state up to $27 million.

Advocates say digital passports could make it easy for people to reliably demonstrate their vaccination status. Oregon is in the process of requiring most state employees, teachers and health-care workers to be vaccinated against COVID-19.

And some bars and restaurants in the Portland area, along with entertainment and sports venues across the state, also require people to show proof of vaccinations.

Some opponents say vaccine passports are an extension of mandates that they oppose, citing fears of government overreach. Other critics worry that government agencies or private-sector companies might abuse or mishandle sensitive medical information.

In a late August presentation to the governor, the health authority said it is talking with two prospective vendors: a Seattle company called Lumedic, and IBM, which built New York’s Excelsior Pass. The presentation also indicates that Oregon would consider building its own technology rather than buying one from a private company.

In documents submitted to the state, Lumedic proposes matching people to their health records when they register on a website, verifying their identity with personal information. Vaccinated Oregonians could then download a smartphone app and use it to scan a QR code on a computer that then asks for permission to share vaccination status.

“Now you can prove your COVID-19 vaccine status the same way you would a boarding pass at a security check,” Lumedic explains.

The health authority’s presentation to the governor identifies several potential concerns with a digital vaccine app, noting that smartphone ownership, internet access and language barriers could create a barrier to adoption for members of Oregon’s diverse communities.

And the health authority said the technologies it is considering wouldn’t be able to access vaccine records for people who got their shots in other states, or other countries.

Other states, the health authority notes, still allow paper copies of vaccination cards as an alternative to digital verifications, “which may address some equity gaps in technology.”

The Electronic Frontier Foundation, a digital privacy advocate, has been critical of online vaccine passports elsewhere. The organization said other states have been opaque about how the technology works and what they are doing to keep user information secure and didn’t establish legal protections for COVID-19 data.

Ken Westin, a private security researcher in Oregon, said he likes the idea of a digital vaccine passport. But he cautioned that it would be essential to protect personal health records, and to be transparent about how that information is being secured.

“There’s a valid concern that could be abused, either by government agencies or even a hacker,” Westin said. “If I was in charge of it I’d be really careful.”

Well implemented, Westin said a digital vaccine passport could provide assurances that those who go out to restaurants or attend sporting events are vaccinated — giving people confidence to go out and providing an economic boost.

Even if venues continued accepting paper vaccination records, which can be easily faked, Westin said digital passports would make verification more convenient. And at least some percentage of people would be authenticated digitally. Digital scans might be far more efficient at sporting events and other very large gatherings, where matching paper vaccine cards to photo IDs might otherwise be slow and cumbersome.

Whatever route Oregon goes, Westin said it’s essential that the state protect people’s health information and be clear about how it’s doing that.

“There is a way to do this, and do it securely,” he said, “but it’s going to start with that governance side.”