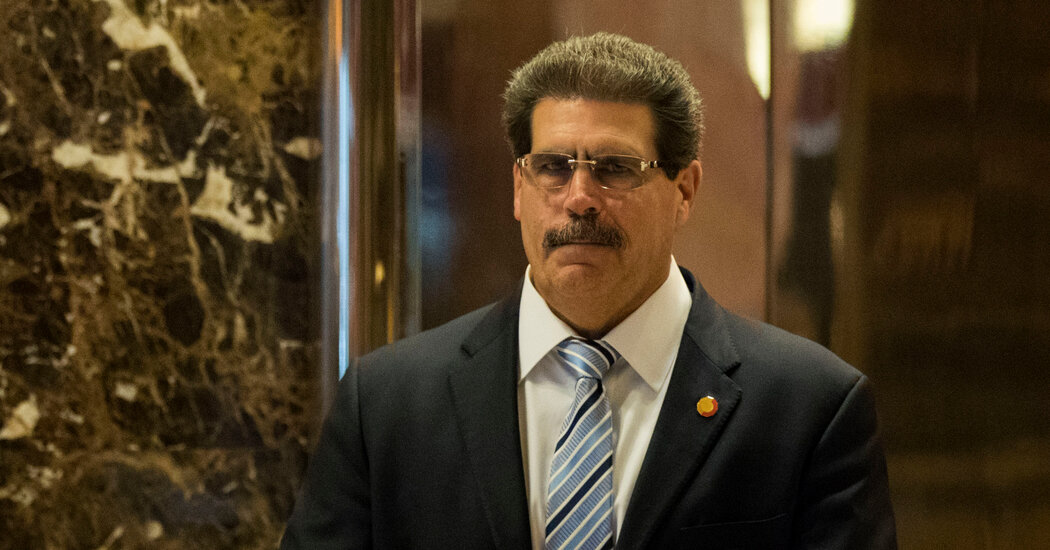 At least one employee at Donald J. Trump’s family business testified before a grand jury on Thursday as prosecutors in Manhattan weighed whether to charge a senior executive at the company with tax-related crimes, according to people with knowledge of the matter.

The Manhattan district attorney’s office is scrutinizing whether the executive, Matthew Calamari, benefited from what prosecutors have described as a 15-year scheme at the Trump Organization to help its top leadership evade taxes by compensating them with off-the-books luxury perks such as free cars and apartments.

The development came two months after the district attorney’s office indicted the Trump Organization’s chief financial officer, Allen H. Weisselberg, and the company itself over the perks.

It is unclear whether the prosecutors will charge Mr. Calamari, who once worked as Mr. Trump’s bodyguard and rose over four decades to become the Trump Organization’s chief operating officer.

Mr. Calamari’s son, Matthew Calamari Jr., who is the 28-year-old corporate director of security at the Trump Organization, testified before the grand jury on Thursday.

Jeffrey McConney, who has long served as the Trump Organization’s controller and handled the elder Mr. Calamari’s taxes, had also been expected to testify.

Two people close to the case, who spoke on the condition of anonymity because they were not authorized to discuss the investigation, believe that the prosecutors will decide in about the next month whether to charge the elder Mr. Calamari.

If they do not charge him, they could seek his testimony before the grand jury as part of a wider investigation into the financial dealings of Mr. Trump and his company. Prosecutors, who twice went to the United States Supreme Court to gain access to Mr. Trump’s tax returns, are examining whether Mr. Trump or the company committed tax, insurance or bank-related fraud.

Under state law, witnesses who appear before the grand jury receive immunity from prosecution on the subject of their testimony, which means they cannot exercise their Fifth Amendment right to refuse to answer questions. If they lie, however, they still can be prosecuted for perjury.

“Matt Calamari Jr. was subpoenaed to testify before the grand jury,” said Nicholas A. Gravante Jr., a lawyer representing both the father and son. “He appeared today, was immunized and testified truthfully, all of which are required by law. He is a model citizen, has never violated any law and is glad to have this distraction behind him.”

A lawyer for Mr. McConney could not immediately be reached for comment.

Mr. Trump, a Republican, has not been accused of a crime and has derided the investigation as a politically motivated fishing expedition by the district attorney, Cyrus R. Vance Jr., a Democrat. The Trump Organization declined to comment on Thursday, as did the district attorney’s office.

The district attorney’s office has long sought Mr. Weisselberg’s cooperation in its broad investigation of Mr. Trump, and the charges against him could increase the pressure on him. An indictment unsealed on July 1 accused Mr. Weisselberg of failing to pay taxes on $1.7 million worth of benefits, including leased Mercedes-Benzes, bonuses and a rent-free apartment.

Mr. Trump also personally paid private school tuition for Mr. Weisselberg’s grandchildren, and Mr. Weisselberg directed that the notations “per Allen Weisselberg” be removed from the ledger recording the checks, according to the indictment.

Mr. Weisselberg pleaded not guilty. He remains employed at the Trump Organization, but he has been removed from leadership roles at the company’s subsidiaries.

A case against Mr. Calamari, who lived in a Trump building in Manhattan and drove a Mercedes-Benz leased through the company, could be challenging for prosecutors.

Unlike Mr. Weisselberg, an accountant who oversaw the company’s finances for decades, Mr. Calamari is not a financial specialist and was not responsible for the Trump Organization’s accounting department. He also could argue that his job required him to live close to the company’s offices in Trump Tower, and while fringe benefits are generally taxable, there are some exceptions.

The focus on fringe benefits is one element of a broader investigation into whether Mr. Trump and the company manipulated property values to obtain certain loans and tax benefits, among other potential financial crimes. That investigation has continued, though it is unclear whether that will lead to any charges.

The company has denied any wrongdoing.