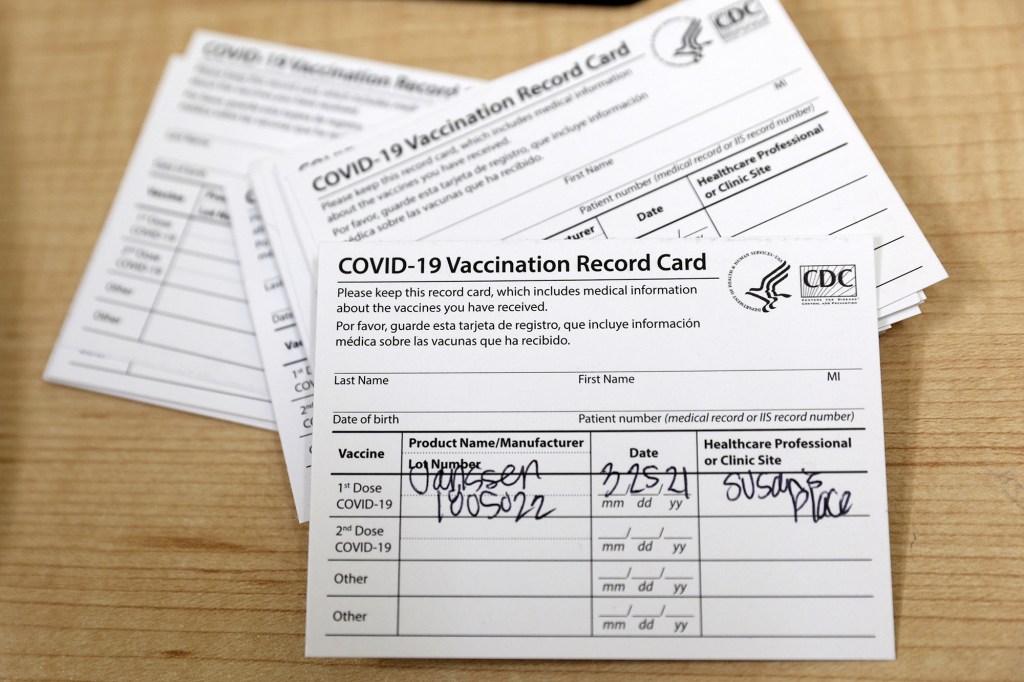 It isn’t hard to make the case against vaccine passports: Requiring proof of vaccination is unnecessarily burdensome to business and a violation of individual privacy. It is also suspiciously similar to Communist China’s social-credit system. No sane person wants to live in a sci-fi world where you have to offer biomedical information to drink a coffee or enter a church.

Amusingly enough, liberals, the people most likely to support vaccine passports, have long made contradictory arguments. For years, we have heard Democrats insist that asking voters to present identification is a fundamental violation of civil rights, tantamount to Jim Crow.

Who exactly belongs in this vast class of persons being denied the franchise has always been a mystery. Apparently, they are also people who have never had a job, driven a car, opened a bank account, flown on an airplane, received government benefits, ordered a beer, bought a pack of cigarettes or played the lottery.

According to progressives, we need ID for everything in this country except the apparently sacred exercise of our voting rights. Liberals pretend that asking people to get the same ID they need to do almost anything else is an undue burden to vote, even though non-drivers can get a government-issued picture ID in all 50 states. Yet now they pretend that using some cockamamie smartphone app dreamed up by bureaucrats in Albany or City Hall can be a requirement for participating in civilized life.

The same people blithely dismiss the possibility of voter fraud out of hand while insisting that the honors system won’t cut it for COVID. You can believe one of these things but not both.

Even more absurd in light of their support for vaccine passports is liberals’ attitude toward immigration. If you really believe the country is still in the middle of a deadly plague that puts a significant portion of the population, including the youth and healthy, at risk, why would you want hundreds of thousands of illegal immigrants crossing our southern border? If fighting the new Black Death requires unprecedented restrictions on the freedom of Americans, closing the border for a while is a no-brainer, surely.

As usual, the ridiculous internal contradiction is only possible because would-be cosmopolitans have a parochial, America-centric view of the world. Today, Australia is a nation of hall monitors in which adults can’t leave their homes without the state equivalent of a signed permission slip. Australia’s borders aren’t open to anyone, much less half a million refugees whose vaccination status is unknown and perhaps unknowable. If proponents of restricting immigration here are human-rights monsters, what does that make the Australians?

Do liberals really think hundreds of thousands of men, women and children (the latter sometimes unaccompanied) fleeing cartel violence have their shiny iPhone 12s fully charged and their preferred vaccine passport-app open? Do they think they carried coffee-stained cards with handwritten dates on them in their pockets all the way from El Salvador? If they arrive and claim to be vaccinated, what can we do except take their word for it?

Recognizing the absurdity of the Democratic position doesn’t require you to take any particular view of immigration. You could be a proponent of a humane, generous immigration system (as I am) and feel the same way. But this would mean admitting that vaccine passports are a nonstarter.

Which is why Democrats should abandon the vaccine-passport regime. The vast majority of Americans who want to get jabbed did so long ago. If you accept the science showing us that vaccines are safe and effective, you have nothing to worry about. A harebrained scheme to require proof of vaccination to order a slice of pizza or see a movie isn’t going to convince the holdouts — in fact, it is likely to confirm them in their suspicions that the whole thing is a government power-grab.

It doesn’t have to be one.

Matthew Walther is editor of The Lamp magazine.