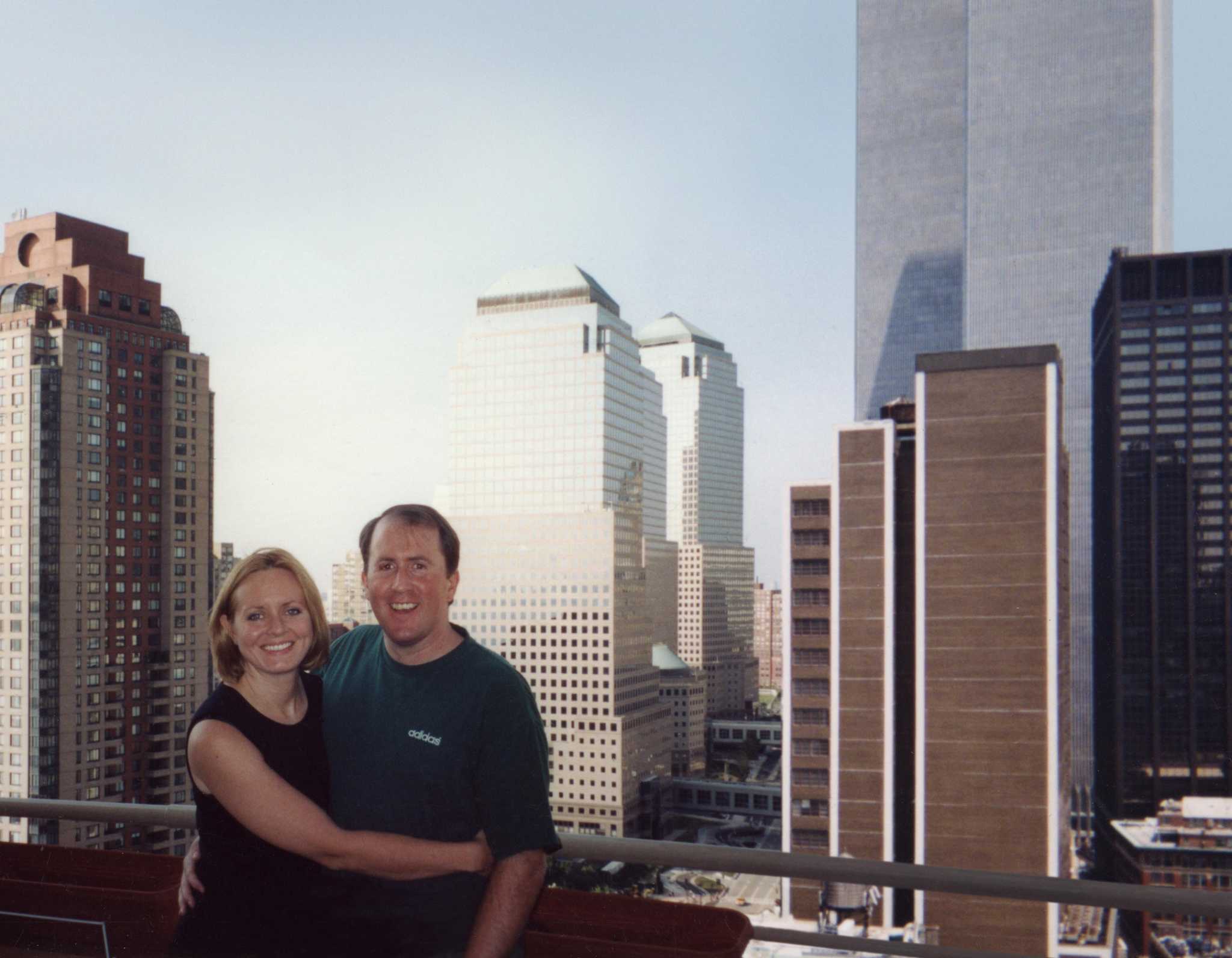 We were in love with our new apartment in New York City, especially the 300-square foot terrace with its panoramic views of Lower Manhattan. Because we lived on the 24th floor, it felt like we were floating in the sky.

A licensed tour guide, I was thrilled to be living in the heart of the historic Financial District. I had taken thousands of tourists over the years to the World Trade Center complex, where we would take the 82-second elevator ride to the observatory on the 107th floor and enjoy views that stretched 45 miles in every direction.

Life seemed perfect for me and Brian, my husband of just more than a year. Just like the Twin Towers that stretched a quarter mile into the clouds, it felt like the sky was the limit for us.

But just two months after we moved into our dream apartment, Brian shook me awake, shouting something about the World Trade Center. I jumped out of bed and followed him to the terrace. Thick black smoke was rolling out of the North Tower, just six blocks away. Emergency vehicles raced down the West Side Highway—lights flashing, sirens blaring. I looked down to the street. People were running in all directions, some directly into traffic.

Suddenly, something caught my eye. I saw a plane flying low—too low. With a deafening roar, the jet swooped like a hawk and banked to the left, its nose pointed straight at the South Tower. We felt, rather than saw, the impact. One moment we were standing on the terrace, and the next I woke up on the living room floor.

Our apartment in the sky suddenly felt very vulnerable. Brian grabbed our dog, Gabriel, and we raced to the stairwell. After dashing down the 24 flights, I opened the exit door to the street. Only then did I realize I was barefoot and wearing my nightgown. My husband gave me his socks to protect my feet, and we joined the crowds running away from the burning buildings.

Hopscotching through traffic, we made our way to Battery Park. But not long after we found a bench to rest on, the ground began to shake violently. I heard a rumble like a freight train, and thousands of people in the park began screaming as we realized that one of the towers was falling.

I froze in terror as a mass of something hit me in the face. It felt like someone had thrown a bucket of sticky sand over me; gunk filled my nose and mouth, covered my pajamas, and coated every pore of unprotected skin.

I opened my eyes slowly, trying to protect them from whatever was on my eyelids. Brian hadn’t moved, but he looked completely different—like an upright mummy. Everyone around us was covered in the same sticky, yellow goo.

Dodging thick clouds of smoke blowing directly into the park, we took cover by an old fort and hugged its stone wall, trying to catch our breath. Gabriel flopped on the ground exhausted. Coated in gunk, struggling to breathe, we realized we were stranded at the tip of Manhattan island with no obvious escape route.

“Brian, do you think we’re going to die?” I asked, shocked that my life might be over at age 31.

“Maybe,” Brian replied sadly. He grabbed my hands, and we prayed to God together.

After the prayer, Brian led us north. As we tried to find a way to safety, the second tower fell with another earth-shattering thunder, sending even more clouds of smoke and gunk into the atmosphere. We eventually found ourselves on the banks of the Hudson River along with thousands of others who had congregated at the water’s edge.

At some point, we realized boats were headed our way, even though we were not near any loading dock or ferry terminal. We followed a crowd and were able to board a ferry that had pulled up to the edge of a pedestrian walkway.

After three hours of terror, a wave of relief washed over me as we chugged away from the shore and across the Hudson. I looked back at the Manhattan skyline. The Twin Towers were gone, the New York City skyline forever altered.

It was weeks before we could return to our apartment. When we finally got back home, I worked up the courage to step out on the terrace. The beautiful, awe-inspiring Twin Towers were gone, replaced by a gaping black hole and a pile of rubble.

I’m still a New York City tour guide, and I still take tourists to the World Trade Center site. But now I tour them through the 9/11 memorial and the museum, where I stop at the reflecting pools and tell my story. I share my experience because thousands of others cannot.

The September 11, 2001, attacks in New York City and on the Pentagon in Washington, D.C., remain the deadliest acts of terrorism in history. Almost 3,000 people from more than 90 countries died. More than 6,000 people were injured, and people are still suffering and dying from cancer and other illnesses related to exposure from toxins released when the Twin Towers crumbled. Physically, it took New York City years to fully rebuild the areas that were damaged on 9/11, but the emotional effects of that day can never be fully repaired.

As we commemorate the 20th anniversary of 9/11, may our memories of how much we lost that terrible day inspire us to work toward unity, mutual respect, and world peace. As the COVID-19 pandemic has shown us, we are a global community whose lives depend on and affect each other. May we never forget the ties that bind us.

Christina Ray Stanton of New York City is an author, tour guide, and founder of the non-profit Loving All Nations. http://www.lovingallnations.org