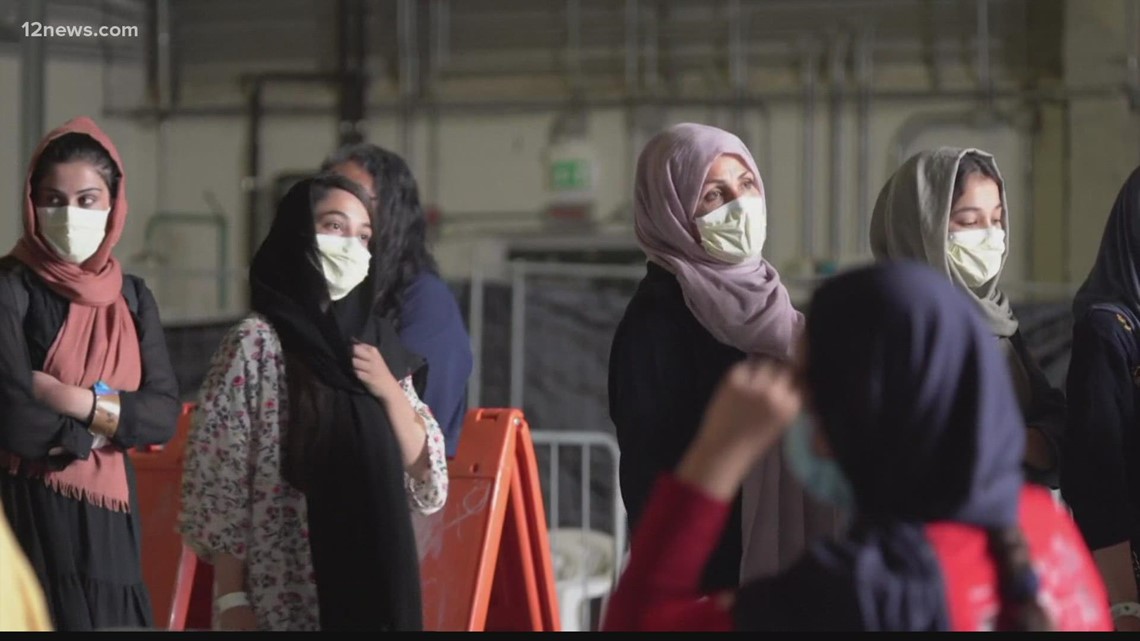 Arizona is likely to be a top destination for resettling Afghan families as the State Department lists Phoenix as the number one welcoming city for refugees.

PHOENIX — Local non-profit resettling groups are getting ready to receive Afghan refugees, some capable of assisting up to 200 families and individuals.

Since 1975 Lutheran Social Services of the Southwest has resettled refugees in Arizona, at times even assisting more than 1,300 a year.

This time around, the agency can receive 600 people from all over the world through the Refugee Resettlement Program, and following the U.S. withdrawal from Afghanistan, they can take in an extra 200 refugees who evacuated, said President and CEO of the non-profit Connie Phillips.

“It’s the same work of preparing to receive them, find housing, assist them to get settled and provide those supportive services,” Phillips said. “So, this is something we know how to do.”

Her organization is one of four in Arizona that help resettle refugees in the state. Typically, they would get a two-week notice of a family or group of people that need resettling but given urgent evacuation efforts, timeframes are uncertain.

“We have been told that we won’t get enough notice,” Phillip said. “We are anticipating we will only get a day or two to welcome them.”

When refugees make their way to the Grand Canyon state, groups will meet them at airports and partner them with a co-sponsor or “first friends.” They are then taken to a furnished apartment that’s been paid for, Phillips said.

The following day, case managers work with refugees and assist them with English language programs, cultural orientation, transportation training, help them set up medical care, get their children enrolled in school, help them find employment and guide them in how to become part of the community, Phillip said.

Her group helps refugees for three to six months, and co-sponsors and “first friends” help them onward, but support them for up to five years, when the individual or family can apply for citizenship.

“The program is based on self-sufficiency, from the day they come into the U.S. they are able to work and have everything in order,” she said. “They actually begin to support themselves within the three-to-six-month period and they actually pay the United States back for their travel costs.”

As to when Afghan refugees will make it to Arizona, Phillips said it’s uncertain, but anticipate it will be within the next couple of weeks.

Refugees that have been evacuated, were taken to military bases in and outside the United States. Once they are done being processed, they will be sent to cities like Phoenix to resettle.

More than 120,000 people were evacuated from Afghanistan following the Taliban take over, but many are still stuck in the country.

Soulmaz Taghavi’s immigration law firm is currently representing about 80 Afghan green card holders, translators, women, and journalists who are trying to leave the country. A majority of them are pro-bono.

Her firm is requesting Special Humanitarian Visas and Humanitarian Parole for her clients, but the chaotic situation before and after the U.S. withdrawal has made it challenging.

“Some people who have the required documentation on their phones, they are being confiscated by the Taliban,” Taghavi said. “And for everyone who goes to the airport, we tell them [to] be prepared for 72 hours of waiting in the heat in line outside [or inside] the airport.”

Taghavi said they are also providing clients maps of entrances to the airport that they can take to ensure they make it there safely.

“It’s probably going to take longer than a week, I would say, to get those individuals out [of Afghanistan] after they are approved,” she said.

How to help Afghan refugees

The latter said they don’t expect to receive Afghans approved for Special Immigrant Visas, which are being awarded to refugees like translators that helped U.S. military forces.

The non-profit said many details and specifics surrounding the current efforts to resettle Afghan refugees are still being developed and many questions remain unanswered but said they have begun hiring staff, engaging volunteers, locating housing and employers who may have openings and are willing to hire them.

Here’s a list of ways you can help Lutheran Social Services of the Southwest’s efforts to relocate Afghan families. https://www.lss-sw.org/donate-1

Since 1980, 82,982 refugees have resettled in Arizona. Of those, 3,153 are from Afghanistan. Although the among of refugees arriving in Arizona drastically decreased under the 2017 executive order “Protecting the Nation from Terrorist Attacks by Foreign Nationals” when the Trump Administration reduced the refugee cap to 10,000.

The Biden Administration has since raised it to 65,000.