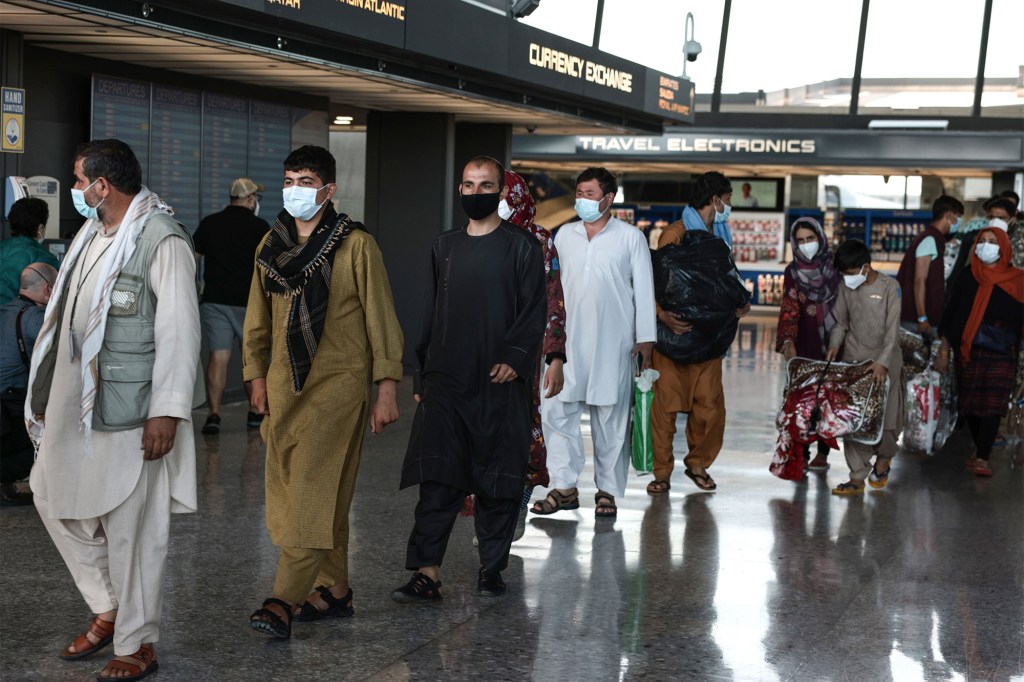 Officials overseeing the ongoing evacuation of Americans and allies from the Kabul airport have warned that Afghans who are not eligible for admission to the US may try to get on flights out of the country with the help of fraudulent passports.

NBC News, citing the State Department’s Afghanistan Task Force, reported Tuesday that there had been “at least five” incidents as of Sunday in which Afghans showed US passports that did not belong to them. It was not immediately clear whether the documents had been forged or stolen.

The process of determining who is eligible to be evacuated is complicated by the fact that biometric passport screening — common in many countries around the world — is not available at Hamid Karzai International Airport, the outlet also reported, citing a leaked State Department memo.

The reported incidents are likely to heighten concerns among lawmakers that criminals, including terrorists, could take advantage of the chaotic evacuation to sneak aboard flights to the US or other countries.

Earlier this week, French authorities arrested an Afghan evacuee after he admitted to authorities in Abu Dhabi that he had been a member of the Taliban — even manning one of the Islamic fundamentalist group’s notorious checkpoints. Despite the admission, the man and four others in his party were allowed to continue on to France, where they were placed under surveillance and ordered to home confinement.

In an effort to step up the screening process, NBC reported, US Customs and Border Protection is sending dozens of staff members to countries such as Qatar, Bahrain and Germany, where Afghan evacuees are flown before continuing on to their final destination.

President Biden vowed Tuesday that evacuees who are not US citizens or lawful permanent residents would undergo a “thorough security screening” before being allowed to enter the country.

“Anyone arriving in the United States will have undergone a background check,” he promised.

Also Tuesday, Bloomberg reported that the White House has asked refugee aid groups to be prepared to help resettle as many as 50,000 Afghan refugees admitted to the US under so-called “humanitarian parole,” which would give them a year-long grace period in which to apply for asylum or other visas.

While much of the focus of the evacuation effort has been on interpreters who worked alongside US-led NATO forces during the 20-year war and who have applied for or been granted Special Immigrant Visas for themselves and their families, Bloomberg reported the “humanitarian parole” cohort would include members of other groups, including prominent female leaders and journalists.

Secretary of State Antony Blinken told reporters Wednesday that approximately 4,500 American citizens had been flown out of Afghanistan since Aug. 14. Over the same period, the White House said, approximately 82,300 people had been evacuated on both US and Allied flights.