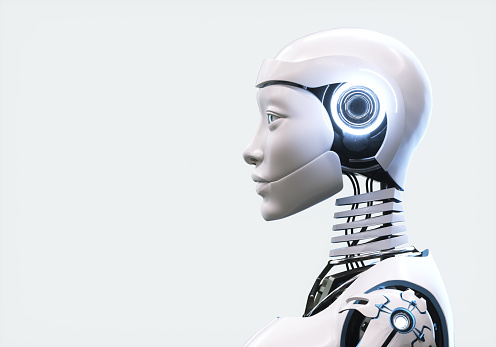 In the Alistrati Cave in Northern Greece, Persephone’s robot tour guide is now leading tourists through the cave systems, all while speaking 33 languages, according to CNET. Persephone is the first robot of its kind in the world to guide paying visitors through a tourist spot.

The robot, which is fittingly named after the ancient Greek goddess of the underworld, is able to give people directions in 33 languages and answer 33 questions, though only in Greek. The robot is also capable of basic interaction with guests, though only in three languages.

Still, this doesn’t mean that Persephone came at a discount. According to a report by The New York Post, the robot cost a cool $139,000 to build. It was commissioned by the National Technology and Research Foundation in Greece, and it seems like the money has been well-spent so far.

According to Nikos Kartalis, the scientific director for Alistrati Cave, the robot has caused a massive 70% increase in visitors compared to last year’s numbers. He further notes that upon seeing Persephone, the tourists were quite enthusiastic about interacting with it, especially the young children.

Robot Tour Guide Specifics: How Does Persephone Do Its Job?

You’re well aware that a cave isn’t ergonomic to move around in for humans, let alone robots, right? So how does this peculiar robot tour guide do its job?

In order to move around the cave, Persephone rolls on a pre-built walkway using wheels. The robot is painted white to ensure that it’s very visible inside the cave, though the one problem with it is its slowness. As a result, the robot tour guide’s creators are trying to figure out how to speed the bot up.

It guides tourists along with the first three stops inside Alistrati Cave, which features eight. While it can theoretically do two more stops, the robot’s creators are playing it safe for now until they make necessary improvements to its speed. Though some tourists really don’t mind how slow the robot is, claiming that it gives them more time to look around and appreciate the surroundings.

Robot Tour Guides Are One of Many

Persephone is but one in millions upon millions of other robots that seem to be improving each and every day.

Around the world, roboticists and engineers are constantly coming up with new ways to improve on the tech. One perfect example is the erstwhile headline-maker Boston Dynamics, who managed to create robots that can do parkour. With how their machines move in this video, you could swear that they can do these stunts far better than the average man:

But does this mean that movies and TV shows are right: are robots taking over human jobs now? No, and that’s not very likely. Machines will still need human intervention no matter what happens, and whatever it is you’ve been accustomed to is just a figment of a Hollywood writer’s imagination.

This article is owned by Tech Times

ⓒ 2021 TECHTIMES.com All rights reserved. Do not reproduce without permission.